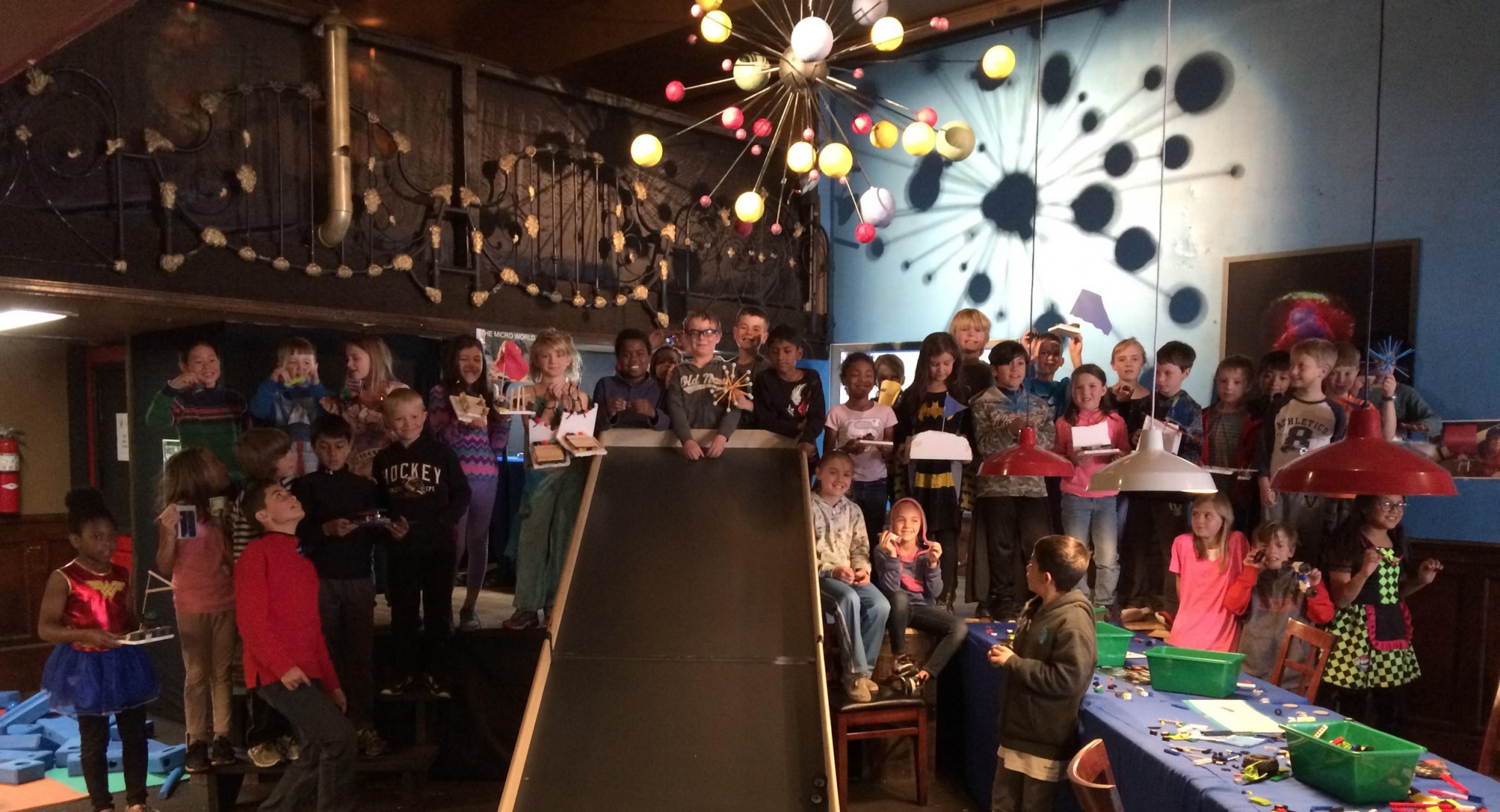 Cool Science for our Kids, and the Curious Kid Within Us

There has been much attention on science in the past year or so, watching and waiting to see how the new administration deals with scientific phenomena, especially climate change, which is at odds with a significant minority of the electorate. We have seen marches and protests, cuts to research funding, restrictions on government scientific publications, and even proposed cuts for funding after-school science education. But none of this immediately affects the Aspen Science Center, which continues to grow and expand their mission of advancing the public understanding of science, through lifelong discovery, exploration and education.

The center has been in Aspen since 2005, and refocused their mission on education in 2012. Although the Aspen Center for Physics is a close partner, Aspen Science Center is a separate nonprofit 501 (c)(3), and does all of their own fundraising and programming. David Houggy, President, says, “Our main objective is to get people to appreciate science, and how much it contributes to our society; not just economically, but also as a way of fundamentally understanding the world in which we live. We engage people in areas that they are already interested in, say music or cooking, and then demonstrate how a better understanding of the underlying science can enhance their appreciation of these subjects. Hopefully this will lead to more kids wanting to pursue scientific careers.” 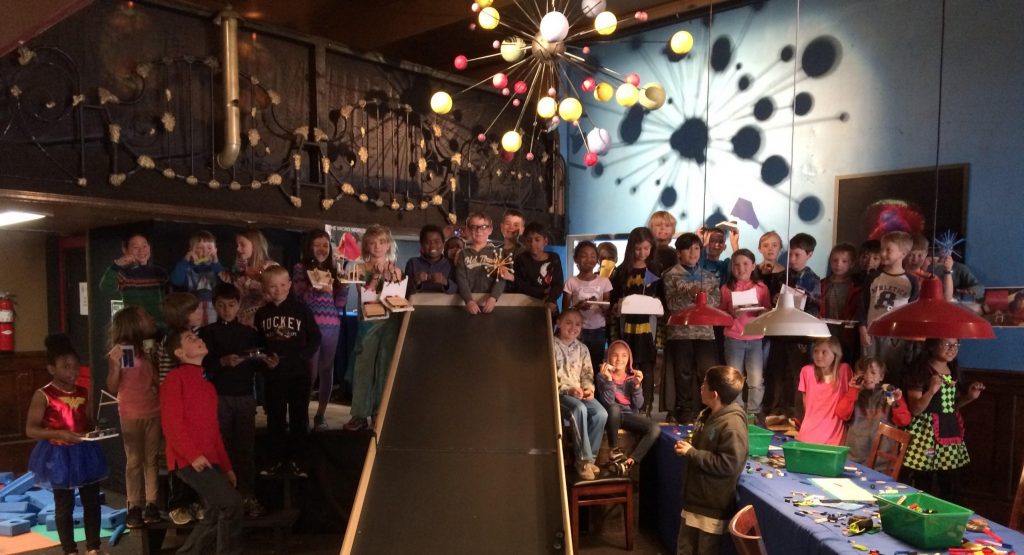 75% of the programming that ASC delivers is geared towards kids, with the aim of getting youth interested and engaged in science early, before they are led to believe that it is “too hard.” “If you watch young kids, they are natural scientists,” says Houggy. “They are constantly asking questions, exploring, picking things up, tasting things, trying to see how they work. This is what scientists do every day, and we want to encourage this behavior, but channel it in the right direction, with careful guidance. We are developing a Preschool Education Program, working with preschool educators from Rifle to Aspen, to figure out how to better encourage this inquisitiveness, and train the teachers to do the same.”

With only 16% of high school seniors interested in pursuing STEM (science, technology, engineering and math) degrees, and only 26% of those actually going into STEM careers, the U.S. faces a potential shortage of STEM professionals. This means doctors, researchers, technicians, computer programmers, pharmacists, and all manner of other technical jobs. The very jobs that create innovations and drive business growth and job creation. Another problem the center is helping to combat: women hold 48% of the jobs in the U.S., but only 24% of the STEM jobs. “They have done studies where they take the same test papers and put girl’s names on them, and then put boy’s names on them. The boys are consistently graded higher than the girls. This is a problem, because we are subconsciously steering a lot of very bright girls away from science,” says Houggy.

In addition to the preschool program, ASC hosts numerous events for kids throughout the year, including physics BBQs, a big Summer Science Fair, Science Sundays in the spring, appearances at city day camps in the summer, and various events throughout the year, like the Family Science Night they are doing with Basalt Middle School on Friday, November 10th.  These events are a huge hit with the kids, who often have to be dragged away from the interactive science demonstrations by their parents.

But it’s not all just for kids. ASC has partnered with the Aspen Music Festival and School to present the Science of Music, which will be back for a third season this summer. Recently, they partnered with Cooking School of Aspen to create the very popular Science of Cooking series, which returns monthly starting in December. And their monthly New Moon Stargazers have been sell-out successes. 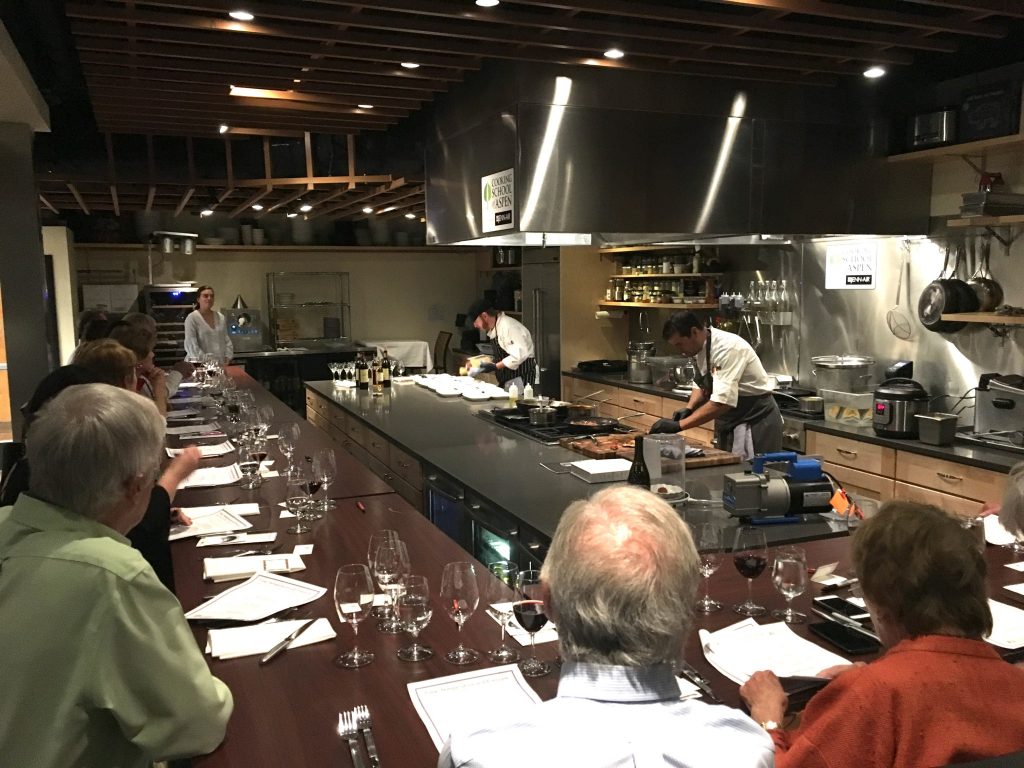 To fund their activities, ASC turns primarily to private donors, who recognize the importance of their mission. But this month, the center is launching their first major public fundraiser, the Quantum Ball. Billed as a virtual “non-event” event, the Quantum ball is a playful way for ASC to engage the community and raise funds needed to continue to grow their programming, which serves the entire Roaring Fork Community, from Aspen to Rifle. “We really want this to be a grassroots event.” says Houggy, “We have other efforts to engage with bigger donors, but this is a chance for everyone who supports science and our mission to make a difference. Regardless of the amount that people give, or what level of “ticket” they buy, they will be making a difference right here in the Roaring Fork Valley community. We look forward to engaging with a broad base of supporters, and hope that people have fun by not attending the Quantum Ball!”

For more information on the Aspen Science Center, and to find out more about the mysterious Quantum Ball, visit them at AspenScienceCenter.org. Consider making a donation to this great organization, and taking a stand for science.