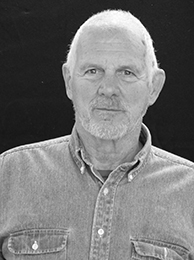 Aspen Science Center (ASC) announced this week that it has added Harry Teague to its Board of Directors. This brings the total number of Directors to 15, with three having been added in 2017.

Harry Teague AIA is President, founder and principal designer of Harry Teague Architects. Teague grew up in Alpine, New Jersey, graduated from Dartmouth College in 1966, and has lived in Colorado since receiving his M.Arch. from the Yale School of Architecture in 1972. He began his architectural practice in 1975 as a designer/builder, and personally constructed his designs for the first seven years of his career.

Since 1975 HTA’s diverse practice has produced many significant buildings for educational, cultural and scientific institutions, as well as numerous award-winning residences. Teague was named AIA Colorado Architect of the Year in 2000, and Harry Teague Architects was named Firm of the Year by the AIA Colorado and the AIA Western Mountain Region in 1994 and 1995.

In addition to working closely with many non-profits as their architect, Teague has served on several boards including, as board president, the International Design Conference in Aspen, Aspen Science Outreach Center, and Aspen Journalism.  His work has been included in exhibitions and published internationally in magazines and books. He has lectured and taught throughout the country, served on numerous professional design award juries and has received numerous local, state and national design awards.

The Science Center continues to grow, expanding its programming for youth and adults. Those interested in supporting ASC or getting involved with the organization should contact David Houggy, President, for more details.

About the Aspen Science Center

The Aspen Science Center’s Mission is to advance the public understanding of science through lifelong discovery, exploration, and education. Please visit our website at AspenScienceCenter.org to learn more about our programs and how to get involved or support us today! We are a registered 501(c)(3) non-profit organization.