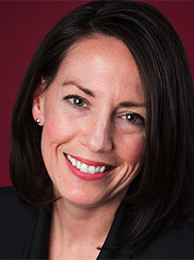 Aspen Science Center (ASC) announced this week that it has added two new members to its Board of Directors. Both Dan Goldman and Jill Kosdrosky were unanimously elected, bringing the total number of Directors to 14.

Dan Goldman has 25 years of experience in finance, both as a macro portfolio hedge fund manager and as a bank propriety trader. He has worked at both large money center banks and a large hedge fund. He also ran his own fund for over a decade. In addition, he managed business development at a financial software company. His special sauce results from a dose of dyslexia which has delivered the ability to see risks where others don’t, mitigate those risks in cost effective ways and create investment opportunities with an asymmetric payoff structure. He says he is often the least smart guy in the room asking the boneheaded questions about the assumptions in the rocket scientists’ models often to consternation and occasionally to great reward.  He lives in Snowmass Village with his wife, two dogs and two children who attend Aspen Middle School, and is trying to build a better trading system with the aforementioned rocket scientists, as well as do risk assessments of his son’s latest experiments.

Jill Kosdrosky, Senior Vice President at Bank of America, was born and raised in Pittsburgh, Pennsylvania.  She received her first telescope at age 8, and has been seeking clear skies ever since.  After obtaining her BS in Industrial Engineering at the University of Pittsburgh, she joined Deloitte Consulting in an IT management role.  She then moved to Delaware and later to England as program manager of Bank of America’s European credit card portfolio acquisitions.  She obtained her Six Sigma LEAN Black Belt certification, and currently serves as BofA’s location strategist for the mortgage servicing division, working out of her home in Basalt, CO.  She lives with her husband, Mike, and mutt, Grizzly.  Jill enjoys hiking, cooking, watching Steelers football, growing vegetables, and studying all things in the sky, from airplanes to clouds to planets.  She prides herself on planning all of her errand routes in a series of right-hand turns.

The Science Center continues to grow, expanding its programming for youth and adults. Those interested in supporting ASC or getting involved with the organization should contact David Houggy, President, for more details.

About the Aspen Science Center
The Aspen Science Center’s Mission is to advance the public understanding of science through lifelong discovery, exploration, and education. Please visit our website at AspenScienceCenter.org to learn more about our programs and how to get involved or support us today! We are a registered 501(c)(3) non-profit organization.