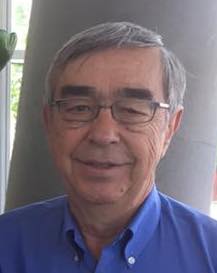 Rolling the Dice on Climate Change

Gambling is as old as human civilization; so are dice games. A fair die produces an approximately random number on each roll, offering the basis for a fair game of chance on which players can bet. There are many analogous games in many cultures.

In gambling, or any other money-making enterprise, cheating will surely occur. One way to cheat at dice is to load a die with a tiny weight, so that the weighted side is down more often than chance would dictate. The cheater knows which side of the die is favored and can alter bets to take advantage of the changed probabilities. Over time this will assure that he wins more than he should. Crooked dice have been discovered as artifacts of many different ancient civilizations.

Crooked dice simply change the odds. On any roll of a fair die, there is one chance in six that a “one” will appear. If the die is weighted to favor a “one,” the odds of a “one” increase but a “one” isn’t guaranteed on every roll. By observing the pattern of many rolls, a player may suspect the cheating, and verify it by examining the die. Once you know, or strongly suspect, that the dice are loaded you’re nuts to play in this game. Chance also plays a role in medicine.

Exposure to benzene, a known carcinogen, is linked to an increase in several leukemias. But leukemia occurs in normal populations. If you’ve been exposed to high levels of benzene and contract leukemia, what caused it? The exposure certainly increased the likelihood of the cancer, but did it cause this particular cancer? One cannot be sure. You only know that benzene increased the chances. But since you know benzene is a carcinogen, you have to be nuts to tolerate exposure to benzene. This is also a game in which you don’t want to play.

What does all this have to do with climate change?

Scientists have understood for more than 100 years that CO2 isn’t transparent to infrared radiation and therefore traps heat. Very precise measurements since 1958 reveal sharply increased concentration of CO2 in the atmosphere. Other measurements show a steady CO2 increase beginning with the industrial revolution. Average global surface temperatures have also increased since the industrial revolution.
Rising temperature means that more energy is stored in the atmosphere and the oceans, which makes the chaotic system called weather more unstable. We can expect unusual and unstable weather patterns, more severe storms, melting glaciers, and melting sea ice, all of which we are currently experiencing. (Modern climate models are increasingly accurate and predict these effects, among many others.) For decades,
worldwide, tens of thousands of scientists from dozens of specialties have studied and verified the evidence for and effects of climate change. The evidence is analogous to, but probably stronger than, the evidence mentioned above for the carcinogenic effects of benzene.

Can we be sure that the melting of a specific glacier is due to climate change? Nope. Is it likely because the odds of melting have increased? Yep. Was the severity of Katrina due to global warming? Maybe, but we can’t be sure. We’re only sure that the likelihood of severe storms increases due to more CO2 in the atmosphere. We don’t want to play in a dice game with loaded dice because the odds are against us.
Similarly, the climate odds are heavily against us if we continue to load the atmosphere
with CO2 from fossil fuels..

We can’t know what causes a specific storm or specific weather events, such as Aspen’s recent high snowfall and early melting. We do know that the climate dice are loaded against us. Continuing to pump CO2 into the atmosphere is analogous to continuing one’s exposure to benzene, or allowing our opponent to load the dice. We don’t want to play in this game.

We at Aspen Science Center are dedicated to advancing the public understanding of
science, and encouraging intelligent, evidence-based dialogue on the critical topics of
the day.

Mike Simmons Chairs the Board of Directors of Aspen Science Center. A retired physicist, he
lives in Emma. He is a former Deputy Associate Director for Physics & Mathematics, Los
Alamos National Laboratory, and a former President of Aspen Center for Physics.